Brahmastra First Look & Logo Is Out: Prior to the much media reports, and speculations, it is, now, the first look of the upcoming Bollywood movie, Brahmastra, is out straight from the Kumbh Mela, which is obviously, received massive attention from the fans and from the audiences’. The upcoming Bollywood movie, Brahmastra, is touted as a fantasy drama of the year, 2019, which is also regarded as one of the most, expected, anticipated and awaited movie of the year.

Brahmastra First Look & Logo Is Out 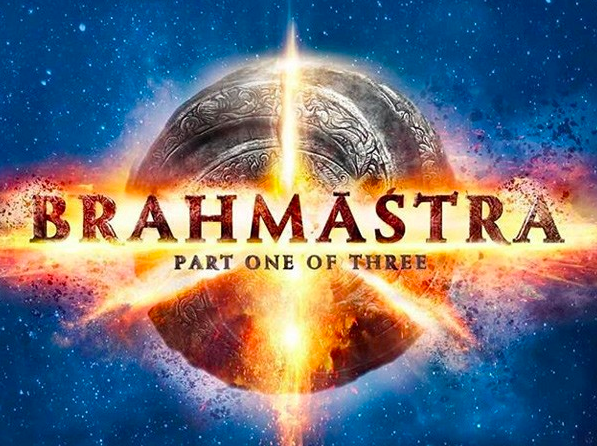 Audiences and fans are just indeed excited for the forthcoming movie, Brahmastra, and the movie is consists of a huge star cast, which is includes, Amitabh Bachchan, Ranbir Kapoor, Alia Bhatt, Mouni Roy, Prateek Babbar, Dimple Kapadia, Divyendu Sharma and the movie Brahmastra, which is one of the most awaited movie of the year, featured, the Telugu superstar, Akkineni Nagarjuna, in a pivotal role, reportedly.

On the occasion of the one of the pious and sacred festival, Maha Shivratri, first look and glimpses of the forthcoming Bollywood movie, Brahmastra, is out which is shows, the leading stars, the Bollywood actor and the Bollywood actress, Ranbir Kapoor and Alia Bhatt together and it is caught indeed audience’s attention.

No wonder, why the first look glimpses’ of the forthcoming Bollywood movie, Brahmastra, go viral on the internet and social site and also this one is trended there which is well received by the audiences’ and the fans.

It is first time, anyway, when, the Bollywood actor and actress, Ranbir Kapoor and Alia Bhatt are appearing as a couple on onscreen together, and the duo are working together in a movie, and it is indeed both of them are sharing such a sizzling hot chemistry together, which can reflect on the screen anyway.

One of the most expensive Bollywood forthcoming movies, Brahmastra, is all set to hit theaters on this 20 December 2019.

Star cast of the upcoming movie, Brahmastra, is very excited for the movie and they are also much expected towards the movie, hoping that audiences will like it and will get connect with it.