De De Pyaar De Review: Ajay Devgn, Tabu & Rakul Preet Singh Starrer Will Give *U* Fun Goals: Today, it is the Bollywood actor, Ajay Devgn starrer, the new Bollywood, film, De De Pyaar De, released, which is I can say a fun entertaining movie. The short and the main premise of the new released Bollywood film, De De Pyaar De, is about how an aged married man will have an affairs with a hot and sexy young girl, after his divorce with his wife, which is not so new topic, as these kinds of films, we already saw. The new B-Town, movie, De De Pyaar De, is a romantic comedy genre movie, and in these niches or genres, we already saw, Bollywood movies, like, “No Entry”, “Masti”, and so on. 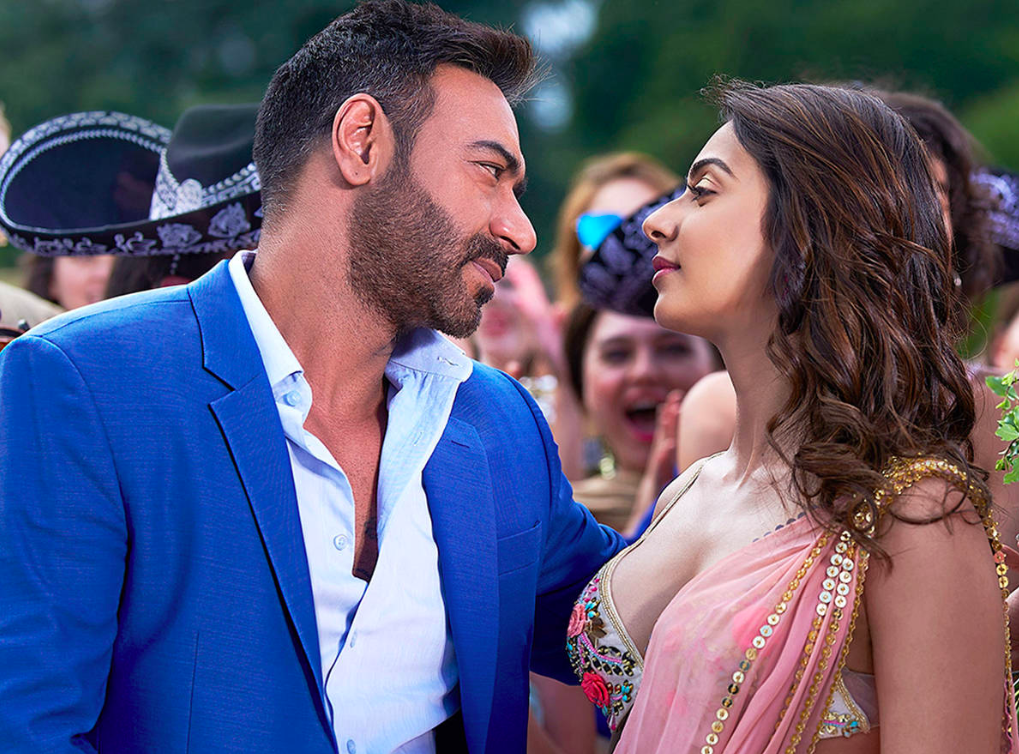 The Bollywood film, De De Pyaar De, is features, such a huge star cast, which is includes, the Bollywood actors and the Bollywood actresses, like, Ajay Devgn, Tabu, Rao Rakul Preet Singh, Javed Jaffrey, Jimmy Shergill, Alok Nath and so on.

It is a fun drama, which is enough to give some laughter goals and recreation to the fans and the audiences.

Last time, the Hindi movie actor, Ajay Devgn, was seen in the Bollywood comedy drama, Total Dhamaal, which was quite a successful movie and now he will be seen in is in this new rom-com genre film, #DeDePyaarDe, and it will be really yet to see him in this funny avatar.