Priyanka Chopra & Nick Jonas Are Close, See Images: The Newly-married Bollywood actress, Priyanka Chopra, has been seen with her newlywed husband; Nick Jonas, at the red carpet at Vanity Fair’s famed Oscars party, which was just a star-studded party and the Oscar Party took place on Sunday night. It was just a glamorous party in which the B-Town diva, Priyanka Chopra, has been displaying her love for her husband Nick Jones and she has been seen cozy with her husband, Nick Jones which was also received plenty of media attention and paparazzi. 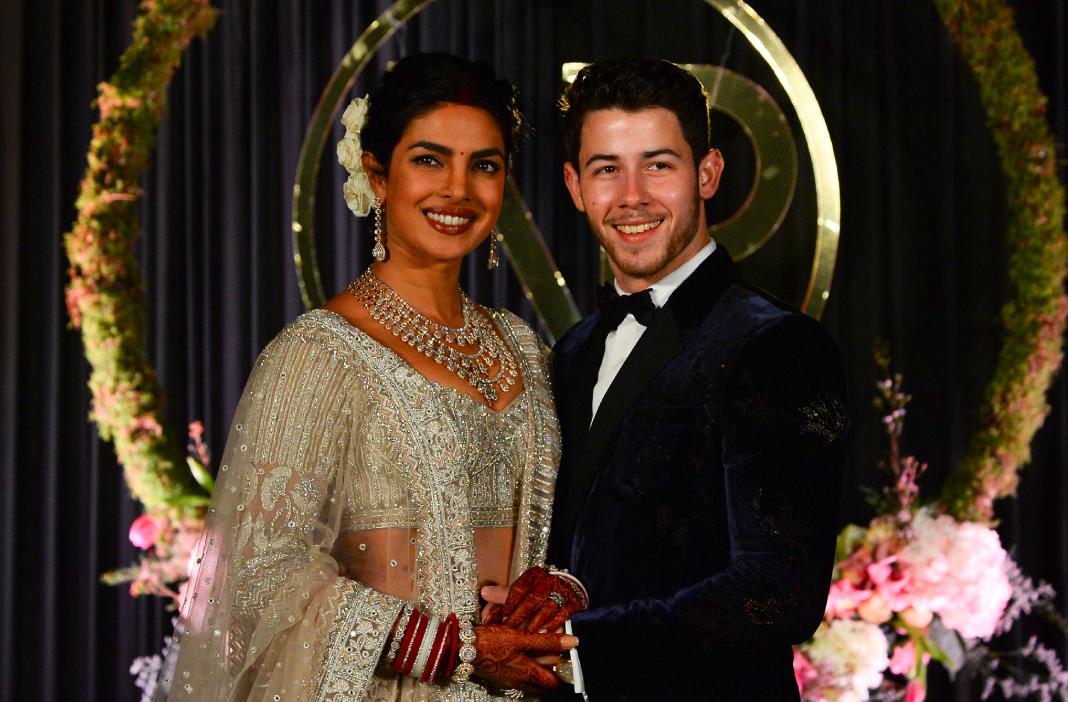 The husband and wife, duo, the actress Priyanka Chopra and the singer Nick Jones has been seen sharing their images, I mean the loving and the cozy images at their official page of the Instagram account.

Different kinds of comments and feedback, the all images of the actress Priyanka Chopra and the singer Nick Jones, received, no wonder, why because Priyanka is one of the biggest stars of the Hindi cinema anyway in the contemporary times.

Priyanka was just looking stunning and beautiful in a black gown and her earrings were giving her glamorous look and appearances’.

Nick Jones was wearing a blue suit and he was also looking handsome and dapper which was just showing stealing. As a couple, both Nick Jones and Priyanka Chopra was looking amazing.

Nick shared the pic of his wife and the actress, Priyanka Chopra with a captioned in his official page of the Instagram account and his captioned read that, “She makes me smile”.

Priyanka Chopra shared the pic with a captioned, she writes for him, “Funniest guy I know”. So it will ideal to say that the romantic and loving couple, Nick Jones and Priyanka Chopra, are actually, spread love in this season of love, so we that, “Love is in Air”.